If you are looking for alternatives, like USB microphones , you can read our article comparing Zoom H2N vs Rode NT USB. You may also be interested in our comparison between the Shure SM7B and the Rode PodMic.

Is the Audio Technica AT2035 a good mic?

The Audio Technica is constructed with metal and uses cardioid polar patterns to capture sound coming from multiple directions. The microphone handles low frequency sound well and has a high pass filter that keeps out unwanted noise. The setbacks of the Audio Technica is that it doesn’t come with a few things, such as a popshield which reduces destructive S sounds and P sounds in audio. The Audio Technica also does not come with an XLR cable which is something you will need to record.

What is a Better Mic than Rode NT1? 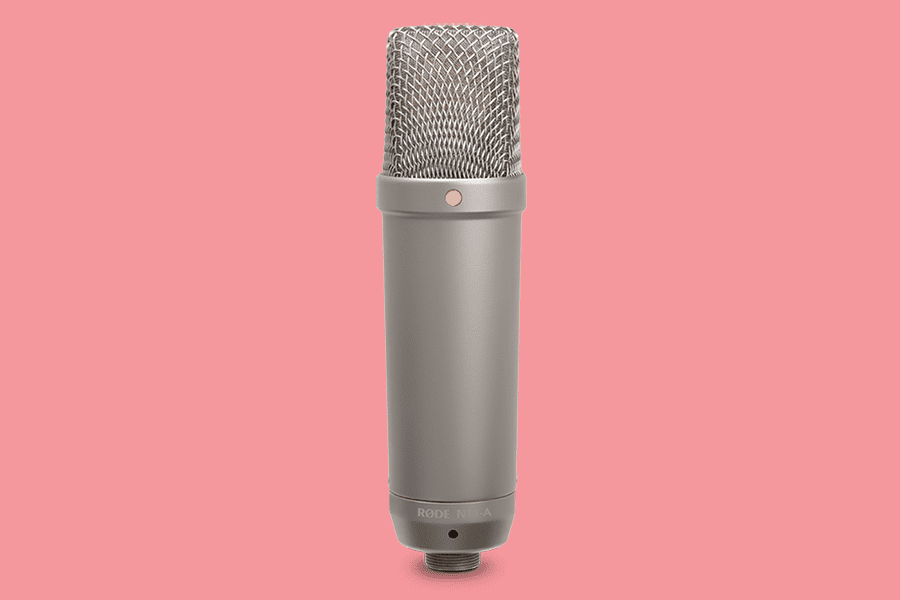 Better microphones than the NT1 generally speaking are ones that record guitar sounds, both acoustic and electric. One microphone that performs better than the NT1 in these areas is the AKGp220. The p220 provides more features that enable you to capture louder sounds that are coming from more places in the space. It employs something called polar response that allows it to pick up sounds coming from the rear of the mic much more than the NT1, which is more directional and picks up sounds coming from in front of it and nothing from the back. This is a plus when using the NT1 in a podcasting situation; however, if you do want to record music, the polar response may be a better fit from the p220.

The AT2020 from Audio Technica is very similar to the AT2035 and has about the same limitations. The NT1 and AT2020 are both quality cardoioid pickup microphones, which means they reject sounds coming from the back of the microphone and instead pick up the sounds coming from the front. This makes both microphones good for podcasting and voiceover work. When you purchase the AT2020 it comes with the microphone, a microphone clip, and a storage pouch. The NT1 comes with a pouch, a shock mount, an XLR cable along with the microphone itself. Both microphones are high quality for their price point; the AT2020 is about $100 less than the NT1, but produces less quality sound.

Both Rode and Audio Technica produce high quality microphones built to be used for podcasting and recording voices because they pick up sound coming from the front of the microphone. The Rode NT1 is a higher performing microphone but costs more than the AT2035 and the AT2020. However, if you would like to record music such as guitar, a better option is the AKGp220. Otherwise, the NT1 is the best option of the microphones mentioned.