Differences Between Behringer XM8500 vs XM1800S

If you are also checking audio interfaces, check our article which compares Behringer UM2 vs UMC22.

Behringer XM1800S has a dynamic microphone sound. That means that it is resistant to moisture and can achieve “high gain before feedback,” as the company’s website states. The pickup pattern captures the source signal and shuts out other off-axis sound. The result is high quality sound that doesn’t dim any of the vocal quality, but keeps away any unwanted noise. Because they are dynamic, you are able to plug them into a USB input on a computer with no hassle.

For those who do not have a perfectly sound proof studio setup, the XM1800S is directional whichallows it to pick up only the sound you want it to. The three-piece set comes with pop filters, on and off switches and a mild presence setting. Though it is not perfect for all types of recording – namely the kinds that move or require handling – the XM1800S will produce the type of quality of sound you need to start your podcast. 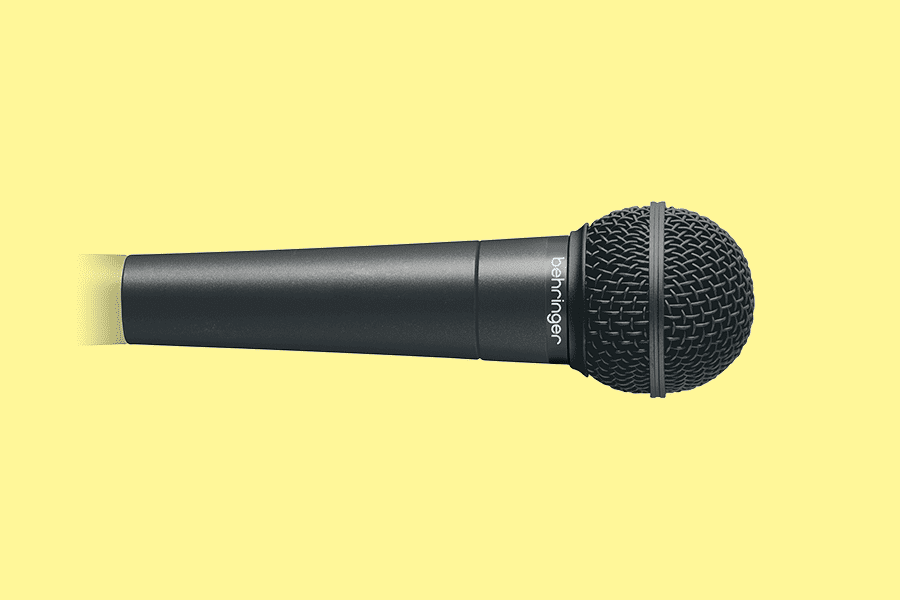 Both the XM8500 and the XM1800S are inexpensive options for a great-sounding microphone. Image source.

The XM8500 microphone capsule is a basic setup with inexpensive materials built into it. The microphone wiring is basic to most microphones and the microphone when held in the hand will pick up some handling noise. The XM8500 rejects most feedback and can be excellent in both studio and stage settings.

When you purchase the XM8500, you will receive a shock mount system, a double pop noise filter, and a shock mount system. All of these benefit both podcasting and performing on stage. It’s a double-duty microphone with a high volume output to make sure you are heard in a loud space and also to pick up on any subtleties in speech when you’re singing or talking in the studio.

The Shure SM58 has a transformer included in the capsule that protects the microphone from outside noise. This is something the XM8500 does not have. But both microphones are sturdy and give off good quality sound. The SM58 though, is known for having a clearer sound but being more expensive. Whether you should buy the XM8500 vs. the Shure SM58 is a matter of your budget. Both microphones are a good option, however.

Though the XM1800S is cheaper than the XM8500, the XM8500 produces a warmer tone in its sound and captures subtleties better. The XM8500 is also a competitor with the Shure SM58, which is an industry-leading microphone that many consider the king of the microphones. Both, however, are good microphones, with the XM8500 being the cheaper option.