What is the Difference Between Behringer UM2 vs UMC22?

Both the Behringer UM2 and UMC22 are audio interfaces. These devices process audio signals to turn them into information for your computer to interpret into sound. While the UM2 is slightly lower priced than the UMC22, the superior sound quality the UMC22 produces makes it the better option to purchase.

You can also add to your research the microphones Behringer XM1800S and Behringer XM8500.

Is the Behringer UMC22 good?

The Behringer UMC22 is a good option for recording audio, because it is durable, portable, relatively inexpensive, produces a sound that isn’t vulnerable to large amounts of feedback, and is compatible with different software, not just Behringer’s. The Behringer’s MIDAS preamp reacts well to distortion. Because it is housed in metal, it tends to reflect signals that interfere with audio.

Is the Behringer UM2 worth it? 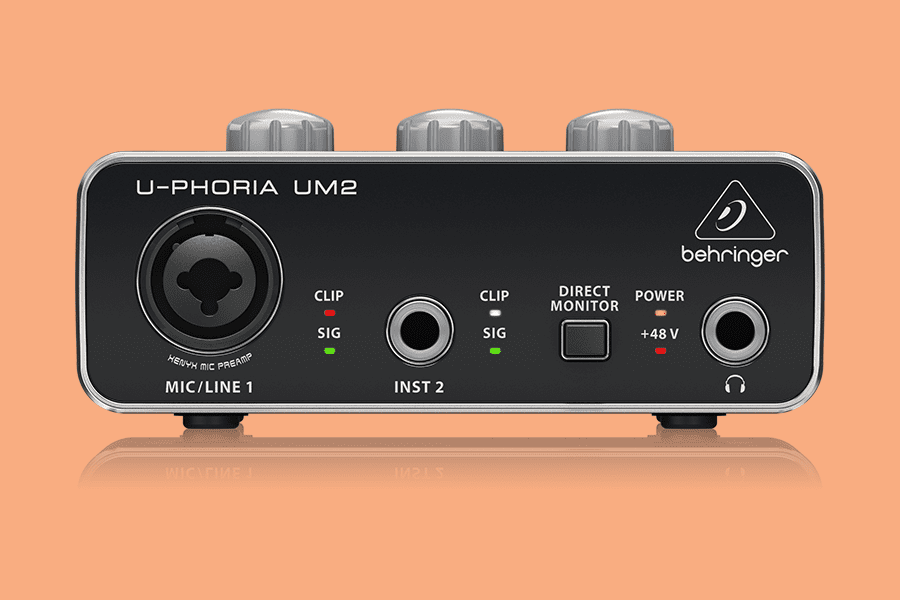 Using an audio interface like the UMC22 will help keep interference and distortion out of your audio recordings.Image Source

The Behringer UM2 is a more compact version of the UMC22, and costs less. It is a smaller weight and size than the Behringer UMC22 at about a pound less in weight, so it makes it slightly more portable. The UM2 also has about the same capabilities in terms of its ease of use and the quality of its input and output features. The areas in which it lacks when compared to the UM2 is its higher vulnerability to interference and feedback. But because it is about $12 to $14 less expensive than the UMC22, it might make better sense for your budget than the UMC22.

The Behringer UMC22 produces stereo sound, so it is better for use in the production of music that requires multiple tracks which give a layered audio.

While both the UMC22 and the UM2 are decent audio interfaces, the better product is the UMC22. The quality of its durable, portable build and the quality of its internal controls that block interference and distortion means that your audio recordings will be safe from outside noise. The UM2 is a slightly less heavy, slightly more portable product, and costs less, but the small amount of money that separates the two products should not deter you from choosing the UMC22 over the UM2.