The Zoom L12 and Zoom R-16 are two popular audio recorders with multi-track capabilities. The Zoom L12, however, is the superior model and offers some serious upgrades from the R16.

The Zoom brand is known for affordable and cheerful products, and are synonymous with attractive prices for good quality mixers. We have a great guide on how to get the best out of the Zoom H6.

The Zoom R16 is the L12’s predecessor and helped to allow for multiple recording styles, including standalone as well as in the box. After ten years on the market, Zoom came out with L12 after its R series, which has become an industry favorite.

But which product is the best for your needs? Read on to find out. 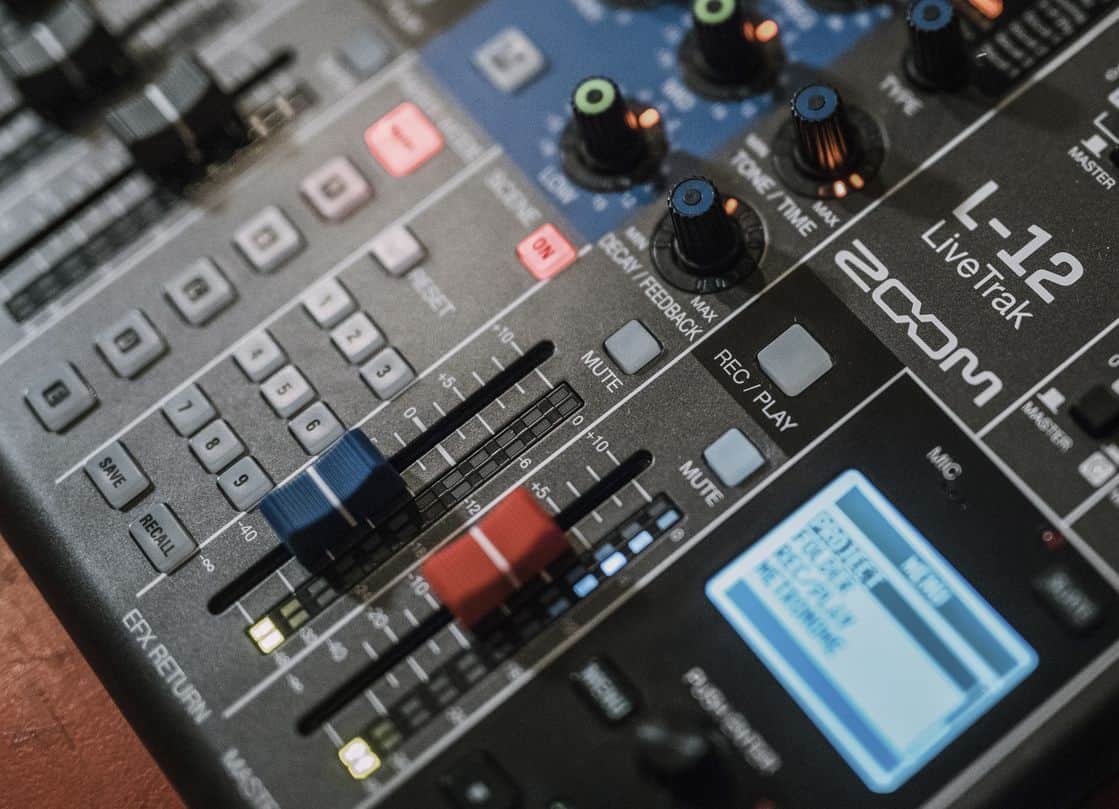 The Zoom L12 was released in 2017 with features not seen before in the previous R series. The L12 is able to take on 14 simultaneous recording tracks, and has 14 channels of USB audio  interface. You are able to export the tracks to a computer and send effects internally. There are 16 onboard effects that include reverbs and delay effects. The Zoom L12 works threefold as a record, digital mixer, and interface. With new converters and preamps, the Zoom L12 is an upgrade from previous versions of generation R. However, without a polarity switch to reverse and a solo button for the tracks, it damages the mixing power. The file names are also so similar it can be confusing to transfer to a different medium.

Unlike the L-12, the R16 allows recording of eight simultaneous tracks to total up to 16 total tracks. The eight inputs allow for both microphones and line-level inputs. Use it as an eight channel USB audio interface and transfer directly to your computer through the USB connection. Take the mixer with you to produce powerful recordings while going portable. You can power it up with a USB, A/C adapter, or six AA batteries. The best part about the mixer is its value. It won’t hurt your wallet too badly and produces a sound quality to much more expensive devices. It bleeds over seamlessly into your computer so that no time is wasted trying to pair the two things to work well together. However, the fact that it has no footswitch that offers a punch in and out when recording is a small issue. If you need a heavy duty hardware DAW controller, don’t look to this mixer.

Though the R16 had its day in the sun, the Zoom L-12 is a model that can’t be beat. It comes with much more effects and can record with more capacity for creativity. The R16, however, is cheaper, and could be a great starting off point for someone who wants quality but doesn’t have the quantity in their bank account.

Either way, between the Zoom L12 and the R16, you will be getting a good product to help you record anything from podcasts to a band LP.

Whether you choose the R16 or the L12, Zoom is a Japanese company making great audio recording products.