If you’re looking to add a new set of wireless headphones to your collection, chances are you’ve researched many of the top brands. One of the most popular among celebrities and common folks alike is the Beats Solo 2 Wireless headphones, thanks to their iconic name and logo. But with their hefty price tag, many wonder if they’re worth the money or if the excitement around them is all hype. Let’s take a closer look at the Beats Solo 2s, reviewing their specs and determining if they’re worth the investment.

The Beats 2 Wireless headphones are the successors of one of the world’s most popular headphones ever created, so ensuring they were exceptional was a heavy load for the company to bear. One thing that can be said, they are certainly better than the original. Although sometimes problematic, the wireless variant is good, surpassing many other comparable brands. After five years on the market, definite cons have emerged as more users wear them for extended periods of time, but many still declare them to be their headphones of choice, making the customer experience truly objective. 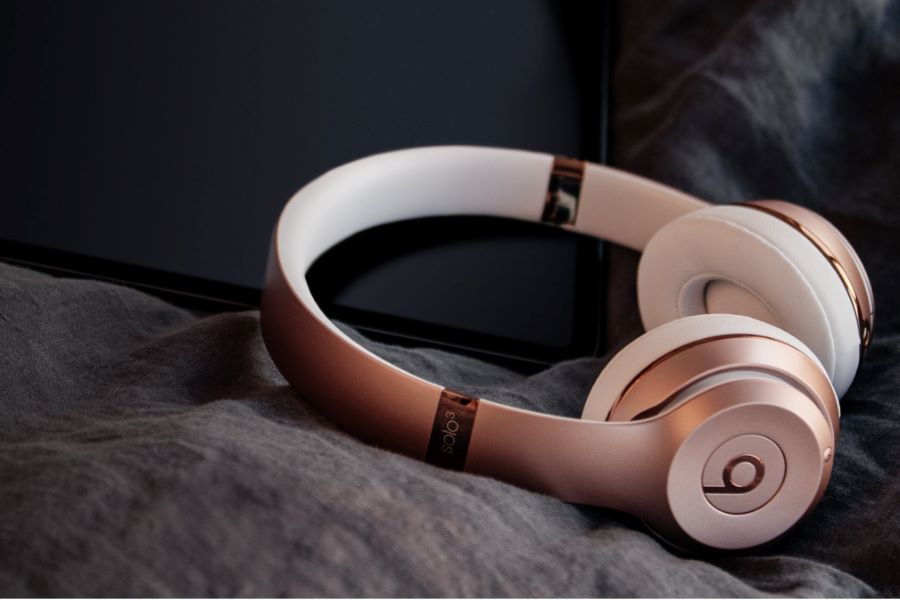 With the release of the original Beats headphones, many realized the company was prioritizing style over function, focusing more on looking the part than sounding it. Fortunately, as time passed, they realized they would have to step up their game if they wanted to continue making sales. With that realization came a drastic improvement in sound quality and noise reduction, but maintaining the iconic Beats style was essential. The Beats Solo 2 Wireless headphones took the design of the original and streamlined it, removing much of the bulk and giving a more futuristic feel. With four colorways available with optional matching accessories, in black, red, white, and blue, so whatever your style, Beats has you covered.

Typically, comparing wired and wireless headphones is frowned upon since the different makeup of their design differs. However, with Beats, both the wired and wireless models are virtually the same, making a comparison inevitable, but some noticeable tweaks can’t be ignored. To start, it’s important to note that, in general, wireless headphones are heavier than wired since they contain a battery and additional technology that is not necessary when a wire is attached. That being said, the Solo 2 Wireless headphones are shockingly light, weighing only marginally more than their wired counterparts. While that may not seem like a big deal at first, it shows how much time and effort the engineering team put into ensuring the quality of these second-generation headphones.

One potential drawback to this lightweight design is in how it was achieved. The Solo 2 Wireless headphones are composed almost entirely of plastic, albeit incredibly high-quality, plastic non the less. While most will have no issues with breaking or cracking since the quality is such that they can take being tossed into a bag or backpack no problem, those with clumsier tendencies, who often drop their headphones, may want to choose a brand that features a more sturdy makeup.

Another massive drawback for many, especially considering the price point (which topped off at a hefty $300), is the lack of active noise cancellation. While the included passive isolation is effective, it’s a disappointment to have to settle for good at a price point that should bring great.

At first glance, everything about the Beats Solo 2 Wireless headphones screams comfort and luxury. Although plastic, the frame looks lux, and the lightweight design, which comes in at only 215 grams, doesn’t feel heavy when worn for extended periods of time. The padding on the ear pads is thick and soft, surpassing that of the wired model. Even the earcups swivel in multiple directions providing a custom fit for all head shapes. But still, these headphones are widely uncomfortable.

How can that be?

The culprit is a little thought of factor that most would never give a passing glance, clamping force. The Solo 2 Wireless headphones have a clamping force that would hold up against gale force winds! Well, maybe not, but these headphones definitely pinch the head. Their clamping makes it so you can do a variety of activities like jogging, biking, and exercising without worrying about them slipping or falling, but the pinching it creates means you can’t wear them comfortably for very long. It’s an interesting problem that was most likely never considered during design and production but has definite real-world implications.

You may be slightly confused, thinking, “we’re talking about wireless headphones, right? So why is there a section discussing cables?” Well, yes, the Beats Solo 2s are wireless headphones, but they do come with two cables, one for charging and the other for adaptation.

The included charging cable plugs into the right side ear cup and powers the internal battery, which, when fully charged, provides around twelve hours of usage. Of course, this number varies depending upon several factors, including the length and time between use.

The second cable attaches to the left side ear cup and is used for adapting them into wired headphones. It includes an in-line remote control that controls the volume, play/pause, and track skipping and houses the microphone. (not to worry, you can access all these features when using wirelessly through the integrated control panel located in the ear cup.)

This adaptation cord is great to have on hand in case you forget to charge your Solo 2 Wireless headphones and the battery dies on you; simply plug it in, and you’re good to go. There is a nifty LED light on the side of the ear cup that will show you the amount of battery left, so a suddenly dying battery shouldn’t happen very often.

One final interesting feature to note is that the charging cable is a micro USB instead of a lightning port. This feature may raise eyebrows since the Beats brand is now a part of the Apple company, so many would expect it to use its proprietary charging cable. However, since the Solo 2 Wireless headphone development process happened prior to Apple’s acquisition of the brand, the design did not include a lightning port, which is great news for anyone who isn’t an iPhone user.

We’ve finally reached the section that matters most when discussing headphones, the sound quality. Of course, everyone wants to look good wearing them, but if the sound is scratchy or poor-quality, they aren’t worth the investment. Fortunately, Beats did it right this time, overcoming its previous reputation for poor sound quality and producing a product that sounds as good as it looks.

Unlike many wireless headphones, the Solo 2 Wireless headphones sound identical to the wired versions, an almost unheard of feat in the electronics world. Although sharp-eared audiophiles will be able to identify a slight compression, the Solo 2s are sure to please everyday listeners. Die-hard users will be pleased to note that the Solo 2s not only deliver the signature beats sound, but they’ve also refined it, taking it to the next level.

As with all Beats products, the Bass is the dominant frequency, giving you that rattling in your core that listeners love so much. However, it’s no longer at the expense of the highs and mids, instead delivering a warmer, more full-bodied sound that pays special attention to delivering powerful vocals. Although you will hear some distortion with the volume cranked up to full blast, you’d have to supersede safe listening levels to notice.

Now we have to address the elephant in the room and address the value of the Solo 2 Wireless headphones. First of all, let’s preface this by saying, if the price point was $100 lower, these would be one of the most superb headphones on the market. Their high sound quality and stunning design mean they not only look good but sound great. The problem lies with the price tag.

At $300, the fact is you’re paying for the Beats name. There are many excellent headphone options available, including the wired version, that don’t make paying an extra Benjamin for Bluetooth capabilities worth the investment. Pair that with how uncomfortable they can get after wearing them for just a short time, and you can’t deny that the Beats Solo 2 Wireless headphones are just not worth the money.

Ok, there’s no denying that the Beats Solo 2 Wireless headphones are a superior product, and as such, it’s impossible to say not to get them. They look and sound great, are lightweight, come with a wired cord, and feature the iconic Beats logo. However, there are some serious comfort issues that may bother some users, and their hefty price tag of $300 means there are better options out there. But, if you’re set on sticking with the Beats brand, the Solo 2 Wireless headphones are an excellent product; just try to find them on sale to get the most bang for your buck.