Every culture in human history has practiced some form of religion. Religion podcasts allow you to explore a variety of different faiths. Also, they can provide you with an inside view of the history and principles surrounding a particular religious conviction.

In this article however we also delve into the best history religious podcasts in the General history of religion, Christianity, Islam, Hinduism, and Others.

Historical Association (HA) was launched in 1906 by a few history academicians to consolidate good history resources for schools. It is the UK’s voice of history.

The organization has a collection of 420 history podcasts beginning from 10000 BC. The section on religion deliberates various religious beliefs and elements of religiosity.

The religious podcasts contain a rich history of religion. It begins with the early pagan beliefs in Britain and Ireland during 4000BC – 500AD. Then, to the worshiping of gods throughout Europe and the introduction of Islamic monotheism in 500 – 800.

If you are interested in exploring the historical developments of different religions, visit HA podcasts. It will provide you with a comprehensive and detailed list of progressive periods.

The RSP is an international collaborative organization that began podcasting in 2012. Since then, the organization has been releasing weekly episodes. They concentrate on creating engaging and reliable resources for the present-day study of religion.

RSP features religious scholars to share their research and knowledge in their podcasts. The organization is not inclined towards any religious or non-religious program or aims to present facts about diverse religions. The views conveyed in various podcasts are individual and do not reflect the organization’s views.

The RSP has more than 380 podcast episodes. Additionally, there is a response essay documenting extended discussion with respective religious studies researchers for each episode. By August 2021, the organization had over 1 million distinct episode downloads.

Keeping it 101 podcast is hosted by Megan Goodwin and Ilyse Morgenstein Fuerst, who connect on the basis of research and teaching knowledge. The podcast focuses on guiding listeners to think about religion and life in this world.

The podcast creates general religious content and groups it into seasons and other podcast sets. Some of the content discussed on the podcast includes why you need to know about religion, cults, religious nationalism, religion in American popular culture, and the intersection of religion, race, gender, and sexuality, among others.

Every episode has bibliographic information, extra media, and transcripts. Keeping it 101 is currently making season 4 episodes in which they are looking at the history of world religions.

You can visit the Keeping it 101 podcast page to learn more about the history of different faiths they have covered so far. 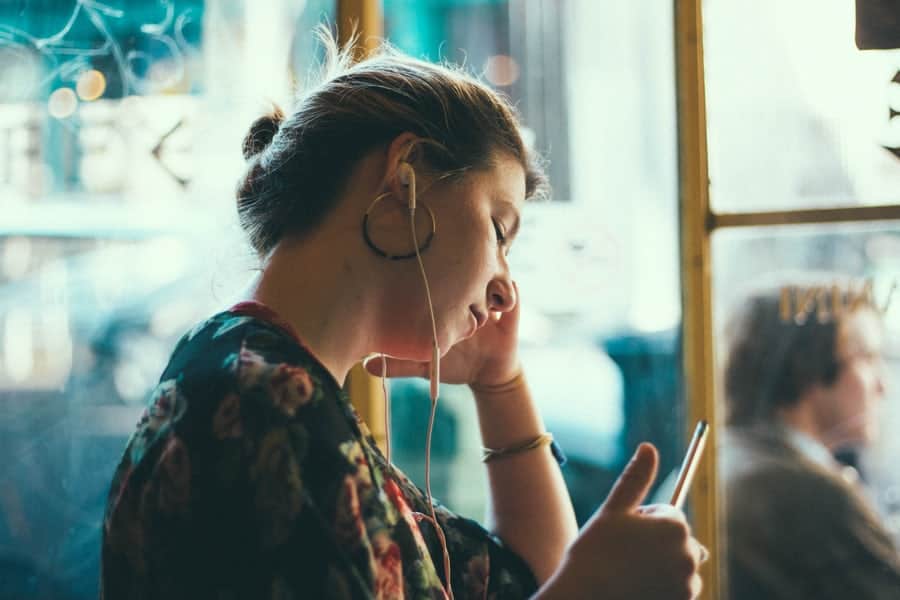 Among the thousands of religion podcasts available, many have concentrated on providing insights into the history of a specific religion such as Christianity, Islam, Hinduism, and other religions.

The following section looks at some of the best podcasts that deliver information about a particular religion.

The History of the Early Church Podcast

Terry Young hosts The History of the Early Church Podcast where he discusses Christianity history between 30 and 451 A.D. Terry gives a thorough description of the early church by exploring church leaders within and out of the Roman Empire.

History of the Church Podcast

Samuel Cheetham summarizes the church’s history during the first 600 years in this podcast, including its founding leadership. Also, Samuel provides the key current documentation to guide those interested in discovering more about the church’s history in the History of the Church podcast.

The History in the Bible Podcast

Garry Stevens runs The History in the Bible podcast. The content focuses on exploring the ancient Israel religion and the evolution of Judaism and Christianity.

The podcast episodes are grouped into seasons, currently at season 3. Garry presents research on the archeological proof for every content release to authenticate some Biblical text. Together with the podcast episodes, Garry provides comprehensive show notes with tables, timeline charts, and maps available for download.

Mo_Alamgir hosts the Islamic History 2020 podcast, which explores portions of Islamic History and links them into context to the discussions provided by non-Muslim historians. Alamgir states that Islam is a fascinating religion but is more enjoyable when connected and associated with Western, Modern, and Biblical history.

Though the podcast has around 20 episodes only, the deliberated content provides good Islamic history knowledge.

Venkata Ramanan hosts the podcast and has a blogging website to provide more information relating to the podcasts. He is a researcher in Philosophy and Comparative Religion and lectures on Hinduism.

Venkata articulates evidence of Sanatan Dharma (Hinduism) presence in many countries worldwide over 120 episode of the Hinduism In Ancient World Documented, Practices podcast.

HinduLit is a short form for Hindu Literature. The podcast attempts to present the historical development of India to apprentices in a stylish way. It focuses on Indian myths, history, legends, and culture. For example, there are stories on Hindu Gods like Krishna, Lakshmi, and Ganesha. The podcast explores legendary Indians such as Ambedkar and Gandhi, among others.

Krishna’s Mercy is one of the most listened-to Hinduism podcasts with a rich collection of over 4000 episodes. The podcast produces new episodes almost daily. Krishna’s Mercy teaches Hinduism by explaining the Hindu tradition and primarily elaborating Lord Krishna’s guidance.

With over 80% of the world’s populace affiliated with some religion, the history of religions is a crucial subject matter to many individuals and families.

Thousands of podcasts exist to explain different religious sects, and the following is a list of some of the best podcasts that look into the history of religions.

Check out the Historical Association podcast for General Religious History, The History of the Early Church Podcast for Christian History, The Tripolitan for Islamic History and Krishna’s Mercy if you are looking for Hinduism History.